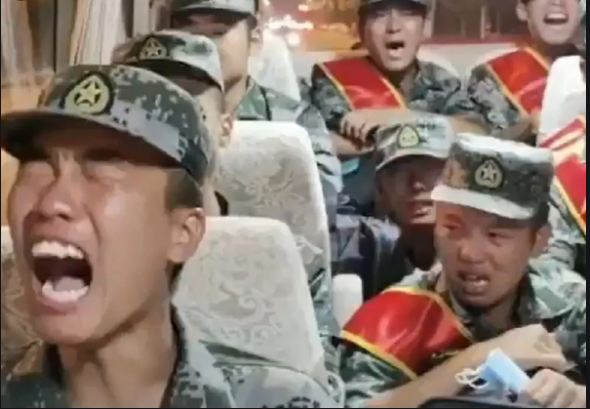 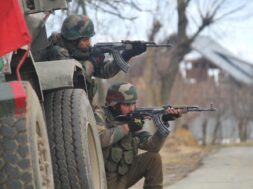 New Delhi: Under mounting pressure from severely bleeding Chinese companies after India banned 267 apps and took other steps since June to enforce billions of dollars in losses, President-for-Life Xi Jinping has, for a second time in six weeks, exhorted the People’s Liberation Army (PLA) to be “battle-ready”, in an attempt to boost their sagging morale and feebly threaten New Delhi.

It is another thing that the PLA’s misadventure in the Eastern Ladakh sector has already begun to take a toll on its soldiers’ health and fighting spirit: poorly-clothed and inadequately accommodated, the inexperienced soldiers are barely able to survive in sub-zero November temperatures at Himalayan heights of more than 12,000 feet.

Both China and India have deployed nearly 50,000 soldiers each in the Eastern Ladakh sector. Eight rounds of military-to-military meetings and diplomatic outreach have yielded no tangible results so far.

Reacting to the latest Indian ban on more apps, China said it was purposely imposed on the ‘pretext’ of national security. It was “discriminatory” and a violation of rules laid down by the World Trade Organization (WTO), which “severely harm the legitimate rights and interests of Chinese companies,” Zhao Lijian, Chinese Foreign Ministry spokesman, said on Wednesday, reflecting the Dragon’s panic.

In fact, India has, through its thousand-cuts-policy– strong anti-Chinese sentiments, tech-bans, goods’ boycotts, tender cancellations, ban on Chinese companies’ participation, and the call for Atma Nirbhar Bharat (Self-Reliant India)—has severely harmed Chinese companies since June, particularly as it is the Dragon’s second-largest market after America.

Also, with reports of the PLA being ill-prepared for mountain warfare— which India has mastered—making soldiers scared of taking on their Indian counterparts, Beijing is trying to exhort them for the extreme winter beginning December.

That is why, Xi Jinping, while addressing the Central Military Commission (CMC), ordered the PLA to be battle-ready and increase alertness. “(He) urged the military to improve their real combat capability through training, and accelerate the building of new combat forces and the training system to further liberate and develop its combat capability,” China Global Television Network (CGTN) said.

But a ruthless Nature is taking revenge on China.

With a well-prepared Indian Army in an eyeball-to-eyeball standoff in Galwan Valley and on the southern bank of Pangong Tso, the PLA is suffering frostbites in a freezing winter in inhospitable terrain, according to The Taiwan Times.

This has been revealed in the increasing instances of medical and casualty evacuation of PLA soldiers through helicopters and stretchers on a daily basis. On average, at least one PLA soldier is succumbing to altitude and temperature-related ailments every day. Morale and motivation at the posts have also dipped, it said.

The PLA soldiers, with no prior experience in high altitude and winter deployments, also found locally-manufactured garments completely inadequate to protect them at high altitudes with minus-20 degree temperatures around Pangong Tso and Mount Kailash. For such heights, they do not have cold climate clothing, which India has recently imported for its soldiers.

The Chinese and Indian troops are engaged in a stand-off since early May along the Line of Actual Control (LAC) in eastern Ladakh.

The situation along the LAC deteriorated in June following the Galwan Valley clash in which both sides suffered casualties.

previous Prefix ‘0’ Must for All Landline to Mobile Calls from January 15
next Last rites of Ahmed Patel: Rahul Gandhi and many political leaders remained present
Related Posts