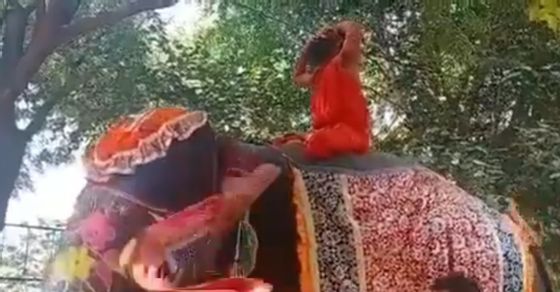 Baba Ramdev Falls off an Elephant, No Injury

Baba Ramdev Falls off an Elephant, No Injury 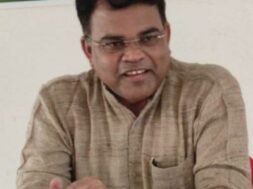 NEW DELHI, Oct 14: It is a rare sight to see Yoga Guru Baba Ramdev failing to complete a Yoga “asana.” A video has gone viral in the social media showing Baba Ramdev falling of an elephant while performing a Yoga asana.

The 22-second video is not clear where and when did the incident take place. The possibility of it being a fake one can also not be ruled out considering the tricks that camera can play in the modern technology.

The video shows Baba sitting atop an elephant with his hands on the head slips off to the ground as soon as the elephant after a few second start moving forward. Perhaps the elephant was not supposed to move for which the Yoga Guru was taken off-balance. There, however, was no injury and despite falling from the height Baba was on his two legs on the ground and immediately walked off.

But the video is making a stir in the social media showing the Yoga guru failing to perform a yoga “asana.”