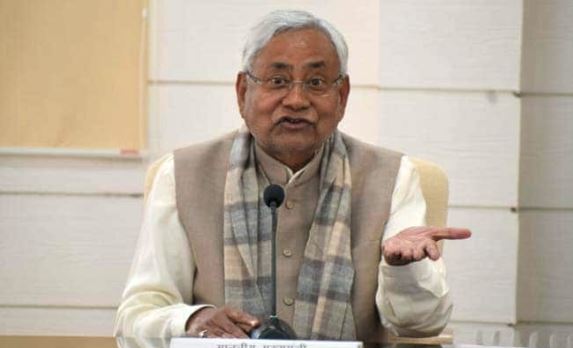 The Bihar Cabinet will be expanded on Sunday, with five JD(U) leaders likely to be sworn as ministers.

Though two positions from the BJP quota are also vacant, the party has reportedly not decided to fill the positions.

JD(U) sources said that five of its leaders — Narendra Narayan Yadav, Neeraj Kumar, Shyam Rajak, Bima Bharati and a Kushwaha leader — are likely to be ministers.

Shyam Rajak used to be an RJD leader though he joined the JDU later and was even a member of Kumar’s ministry earlier. Similarly, Ashok Chaudhary, former Bihar unit Congress chief, was a minister in JDU-RJD-Congress coalition government in 2015. He too joined the JDU later.

“They (BJP) wanted only one person from JD(U) in the Cabinet. So, it would have been just symbolic participation. We informed them that we do not need it (Cabinet berth),” Kumar had said.

It was earlier reported that Bihar’s ministry will be expanded on Sunday with four new ministers set to take the oath of office. Chief Minister Nitish Kumar met Governor Lalji Tandon earlier in the day. The JDU on Thursday decided to not be a part of Prime Minister Narendra Modi’s new Cabinet, saying it would not accept the BJP’s offer of only one ministerial berth.