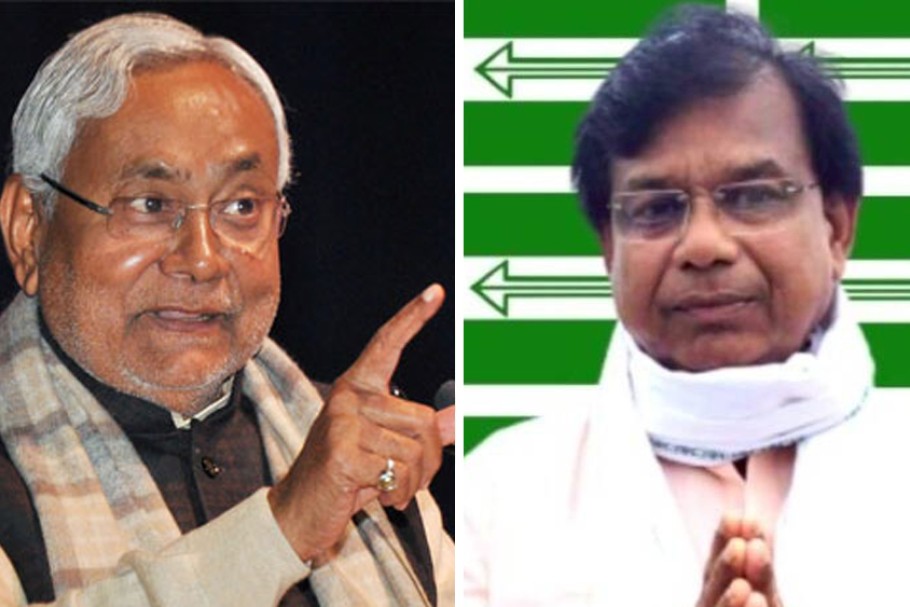 NEW DELHI, Nov 19: In a shocking development, within minutes after taking over the charge of the ministry and barely 72 hours after he was sworn-in on Monday, the Bihar education minister Mewalal Choudhary resigned from the cabinet and his resignation was promptly accepted by the governor Phagu Chauhan at the advice of the chief minister Nitish Kumar.

Choudhary, who was facing charges of corruption from the opposition parties, was called by the chief minister for a meeting on Thursday which lasted for about 30 minutes after which he submitted his resignation.

The JD(U) MLA from Tarapur, Choudhary was facing an inquiry ordered by the then governor of Bihar and chancellor of the universities, Ram Nath Kovind, the present president, for alleged irregularities in the Bihar Agriculture University, Bhagalpur, of which Choudhary was the vice-chancellor. A former IPS officer had also demanded an inquiry against Choudhary for the alleged “mysterious death” of his wife Neeta last year. Choudhary was expelled from the JD(U) in 2017 after an FIR was lodged against him in the Bhagalpur university scam.

Nitish Kumar, however, preferred to overlook his past and inducted him in his cabinet from the JD(U) quota of five ministers. Defending Kumars’s decision Choudhary had given a media statement after his induction in the cabinet claiming that he was innocent. “An accusation is proven only when a charge-sheet is filed or a court gives an order and neither of the two is there to prove the allegations against me,” he stated.

The opposition parties, including the Rashtriya Janata Dal (RJD) had been pulling the government and attacking Kumar for inducting Choudhary. The RJD Member of Parliament and party spokesman Manoj Jha said, “The choice of Mewalal Choudhary as education minister makes such a loud statement about the CM’s weakened position in the new scheme of things post-verdict. A clear message has gone to Bihar that one cannot expect anything positive from the government with these kinds of choices dominating the constitution of the cabinet.”

Reminding Kumar’s past when he walked out of “Mahagathbandhan” alliance with the RJD in the 2015 elections, Jha said Nitish Kumar tried to take a “high moral ground” over a “non-case” of corruption when he walked out of the Grand Alliance in 2017, bringing down the coalition government with RJD and Congress and was now trying to cover up a person accused of corruption and was expelled from his party in the past.

Choudhary was accused of irregularities in the appointment of assistant professors and 167 assistant-cum-junior scientists at the then newly-opened Bihar Agriculture University (BAU), Bhagalpur, when he was its vice-chancellor from 2010 to 2015.

A former IPS officer Amitabh Kumar Das had on Tuesday written a letter to the DGP and sought a probe into the “mysterious death” of his wife Neeta Choudhary, also a former MLA, on June 2, 2019. The 1994-batch IPS officer said he suspected that Neeta might have known about corruption in the agriculture university.

Choudhary, who had threatened to file a defamation case against the former IPS officer, took charge of his department after meeting chief minister Nitish Kumar and JD(U) state president Bashistha Narain Singh but had to quit within minutes.

The RJD, however, held Kumar the culprit of the “entire drama”. “Nitish Kumar is the real culprit. Why did he make a corrupt person the minister? You acted against the mandate and now doing drama by asking him to resign,” said RJD leader Tejashwi Yadav. CPI-ML state secretary Kunal called it a victory of people. “The government has to bow down to pressure of the public,” he said.

According to sources, an FIR was lodged against him on February 20, 2017, with the Sabour police station in Bhagalpur on the directives of the present president, who then was the governor-cum-chancellor of universities in Bihar, Kovind. He had also set up a probe committee after several applicants alleged irregularities in appointments.

Three days after the FIR was lodged against him, Choudhary was expelled from the JD(U), party sources said. On August 22, 2017, the Patna High Court granted Choudhary anticipatory bail.