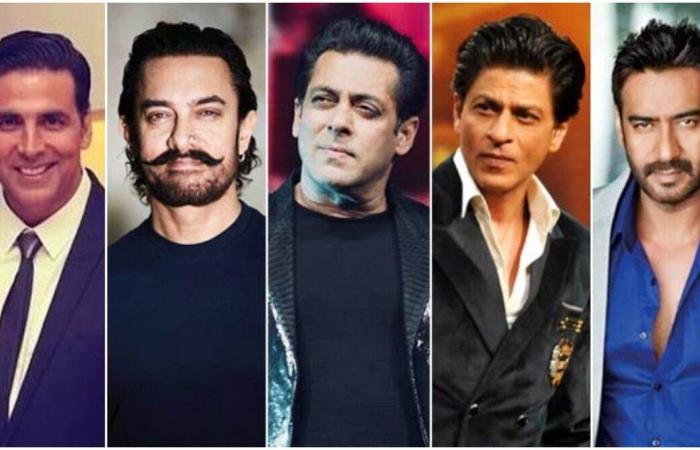 NEW DELHI, Oct 13: With the Bollywood and a section of the electronic media seem to be fighting a running battle over alleged “filth” in the filmdom, barring a few isolated voices, the players of one of the richest industry in the country are almost unitedly standing behind the production houses who have complained against the media.

After top Bollywood producers on Monday moved court against two channels for making ‘defamatory’ remarks about the Hindi film industry, celebrities took to social media to share their reactions. But the lone dissenter so far was the actress Kangana Ranaut who backed the media and heaped more abuses on the Bollywood that she said had become the “gutter of drugs.”

Some top Bollywood actors and producers had filed a civil suit in the Delhi High Court on Monday requesting it to restrain some television channels and their senior anchors from airing and publishing “irresponsible, derogatory and defamatory remarks” against Bollywood.

The suit filed through DSK Legal firm said, “This comes in the wake of these channels using highly derogatory words and expressions for Bollywood such as ‘dirt’, ‘filth’, ‘scum’, ‘druggies’ and expressions such as ‘it is Bollywood where the dirt needs to be cleaned’, ‘all the perfumes of Arabia cannot take away the stench and the stink of this filth and scum of the underbelly of Bollywood’, ‘This is the dirtiest industry in the country’, and ‘cocaine and LSD-drenched Bollywood’.”

Commenting on the civil suit titled as “Bollywood Strikes Back,” the former actor and host Simi Grewal tweeted, #BollywoodStrikesBack About time too! These news media channels had crossed all limits. Using stars and abusing them for TRPs!! Why should it be tolerated?”

Rajiv Lakshman welcomed the collective stand by Bollywood. He posted on Twitter, “#BollywoodStrikesBack This is welcome news. This is a global industry & a cultural ambassador of India which provides livelihood to countless families. Time to stop being a soft target. Pls also rally behind @Tweet2Rhea. She’s part of the fraternity & viciously targeted.”

His reference was to deceased Bollywood actor Sushant Singh Rajput’s former girlfriend Rhea Chakrabory who also complained against a section of the media and particularly named Republic TV. In a letter on Monday to the Central Bureau of Investigation, which is investigating the Sushant death case, she complained against the Republic TV of airing “utterly false” reports about her having met Sushant a day before his body was found hanging from the ceiling of his bedroom in his Bandra house in Mumbai on June 14.

Ranvir Shorey wrote, “I have said this repeatedly, Bollywood may have its issues, but they pale in comparison to what news media has become. That’s where the real cleaning needs to happen. #CleanupNewsMedia #BollywoodStrikesBack.” Screen writer Harneet Singh mentioned in a tweet, “Bullywood does not like when Bollywood unites.” Film distributor Raj Bansal also expressed his happiness upon hearing the news.

Kangana Ranaut, who had received strong backing from Republic TV and some other electronic media during her fight with the Shiv Sena-led Maharashtra government when the Mumbai municipal corporation razed her alleged illegal constructions, differed from others.

Kangana shared a post which read, “Bullywood the gutter of drugs, exploitation, nepotism and jihad. Its lid is off, instead of cleaning this gutter “BollywoodStrikesBack will file a case on me also, till the time I am alive I will continue to expose you all #BollywoodStrikesBack.”

Kangana also wrote on tweeter, “Big heroes not only objectify women but also exploit young girls, they don’t let young men like Sushant Singh Rajput come up, at the age of 50 they want to play school kids, they never stand up for anyone even if people are being wronged before their eyes.”

In another posting, she wrote, “Their is an unwritten law in the film industry ‘you hide my dirty secrets I will hide yours’ the only basis of their loyalty to each other. Since I am born I am seeing only these handful of men from the film families run the industry. When will this change? #BollywoodStrikesBack.”

So far, she has not received any backing from any quarter in Bollywood on her stand against the industry that made her a celebrity among the fans.