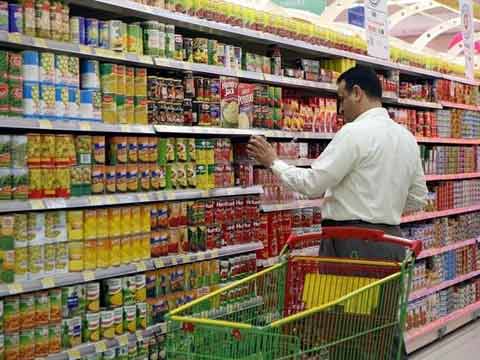 NEW DELHI, Oct 24: In an apparent move to hurt China, India has ordered its 4,000 odd military canteens catering to about 12 million customers to stop buying imported goods. Though there is no immediate official confirmation on the move, the defence ministry is learnt to have issued the instructions on October 19, knowledgeable sources said.

Besides China, the move may also hurt foreign liquor manufacturers which take a sizeable slice of the imported goods sold in the duty-free army canteens, the sources said.

India’s defence canteens sell liquor, electronics and other goods at discounted prices to soldiers, ex-servicemen and their families. With annual sales of over $2 billion, they make up one of the largest retail chains in India.

The internal order from the defence ministry said in future “procurement of direct imported items shall not be undertaken.”

The sources said not only China, the decision would cause a major blow to companies ranging from FMCG and liquor to consumer durables and footwear due to the ban on the government-controlled Canteen Stores Department (CSD), which operates canteens for the defence forces, on all ‘direct imported’ items.

‘Direct imported’ items would include those that are shipped from other countries in finished form. In the liquor segment, for instance, Scotch brands that are bottled in Scotland will be banned but those that have imported ingredients, but bottled in India, will continue to occupy the shelves.

The order said the issue had been discussed with the army, air force and navy in May and July, and was aimed at supporting the prime minister Narendra Modi’s campaign for “self-reliant India” and promote domestic goods.

According to the government-funded Institute for Defence Studies and Analyses (IDSA), imports constitute around 6 to 7% of the total sales value in the defence shops. Out of the 5,500 odd items sold by the CSD, around 420 are imported and among all the countries, China accounted for a bulk of the imported items such as toilet brushes, electric kettles, sandwich toasters, laptops, ladies’ handbags, vacuum cleaners and even diapers.

The sources, however, claimed that the order would not hit the large majority of the army personnel hard because most of the imported items sold by the CSD were luxury items, the use of most of which was limited to a few, since about 97 per cent of the consumers consist of personnel of other ranks and their family members. Moreover, almost all the imported items could be substituted by items made in India. In any case, those who were rigidly or otherwise attached to a particular foreign brand and could not change their preference would be free to access the outside commercial market to satisfy their needs, the sources said.

The order did not specify which products would be targeted. However, industry sources said they believed that besides the Chinese goods, imported liquor could be on the list.

Some of the manufacturers of foreign brand liquor had in June briefly stopped receiving orders for their imported brands from such government stores, but imports were resumed about a month later.

But some local vendors of the imported goods adversely reacted to the government’s decision to ban imports by army canteens. While imported liquor sales at defence stores generate only about $17 million in annual sales, the order would send a negative signal, said an executive whose company sells products at defence stores.

“The (foreign liquor) sales are small – but why would a government which is wanting to attract foreign investments do this? It’s a confusing, conflicting signal,” said the executive.

“The hardest hit will be companies supplying to the CDS imported liquor, smartphones and consumer durables,” the executive added.

India has in recent months taken steps to curb Chinese businesses and investments following border clashes and the stand-off between the two armies since May in the Ladakh sector.