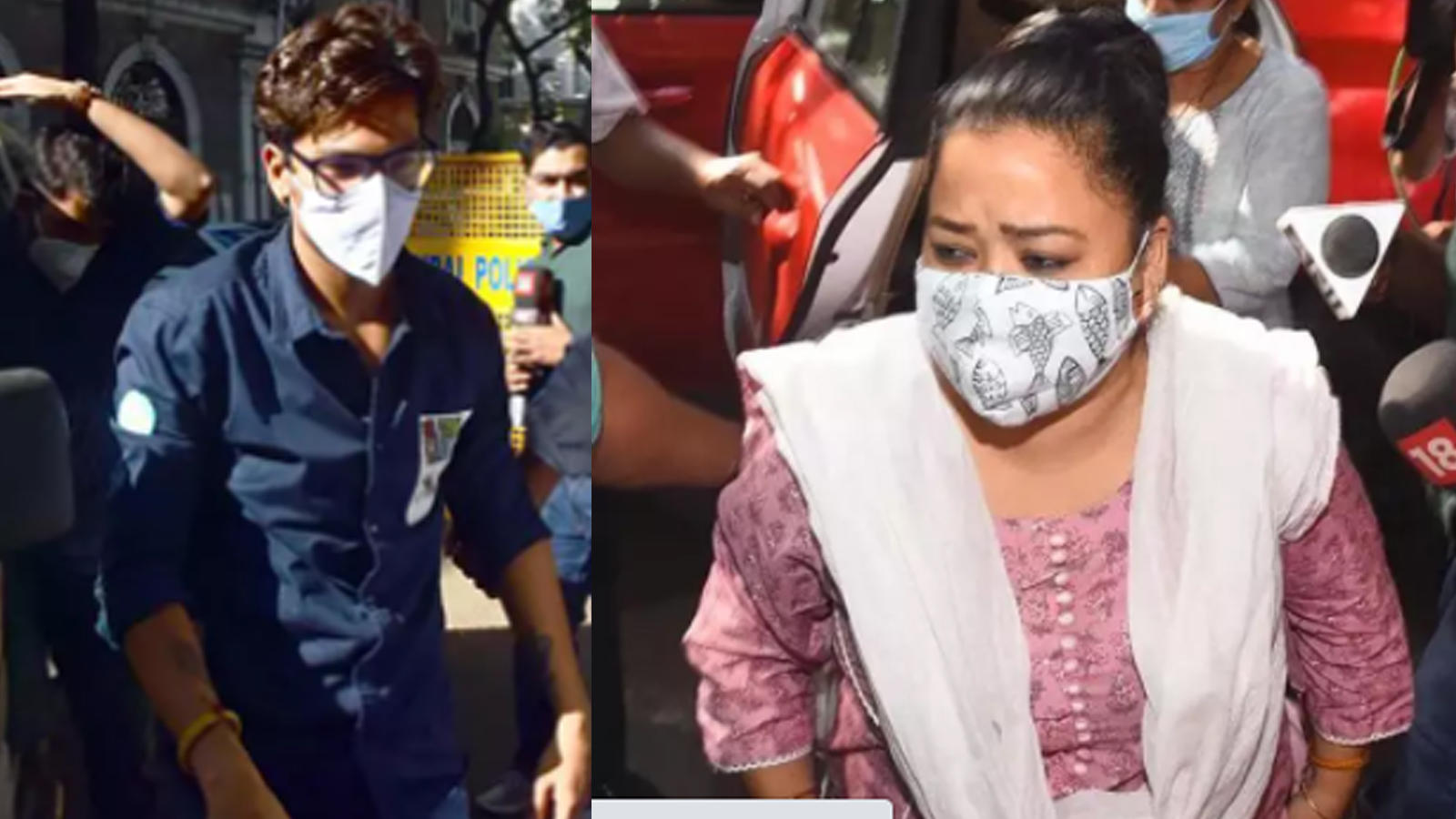 MUMBAI, Nov 22: Noted television comedian Bharti Singh and her husband Harsh Limbachiya, who were arrested by the Narcotics Control Bureau (NCB) for alleged consumption and possession of drugs, have been sent to judicial custody till December 4.

Bharti was arrested on Saturday evening after some four hours of questioning while Harsh who was subjected to grueling grilling for over 15 hours was placed under arrest on Sunday morning. Both were produced before the special NCB court on Sunday and were sent to judicial custody for 14 days.

Acting on a tip-off it received from an arrested alleged drug peddler, the NCB had raided Bharti and Harsh’s residence in Andheri and seized 86.5 grams of “ganja” (cannabis) on Saturday following which they were summoned for questioning. Both were accused on consuming and possessing the drug, the NCB officials said.

They have been booked under the provisions of the Narcotic Drugs and Psychotropic Substances (NDPS) Act. “Both Ms Bharti Singh and her husband Harsh Limbachiya accepted consumption of ganja,” a statement from the NCB said.

Though the seized amount of “ganja” was considered a “small quantity” under the NDPS act, it could still send the comedian-script writer couple up to six months in jail and/or fine of Rs 10,000. According to the NDPS act, any quantity of “ganja” up to one kg could fetch six months of jail, seizures between one to 20 kg, considered “commercial quantity,” up to 10 years and more than 20 kg could attract imprisonment of more than 20 years.

In her statement to NCB, Bharti Singh said her husband procured ganja for them. Limbachiya, in his statement, disclosed that he purchased ganja from one peddler and kept one bag at his office and another one in his house for consumption.

The agency acted against the duo after arresting a 21-year-old drug peddler in Khar Danda early on Saturday morning and seized 40 grams of ganja, 15 LSD dots and Nitrazepam tablets, a controlled medication used to treat insomnia and anxiety, from his possession. Following the drug peddler’s questioning, NCB led searches at Singh’s home and office a few hours later.

The NCB has been probing the alleged drug use in Bollywood after the death of actor Sushant Singh Rajput in June this year on the basis of WhatsApp chats involving drugs. The central agency had earlier arrested Rajput’s girlfriend, actress Rhea Chakraborty and her brother Showik, some employees of the late film star, and a few others under various sections of the NDPS Act.

Bharti Singh has appeared in a number of comedy and reality shows on TV and also hosted a few such shows.