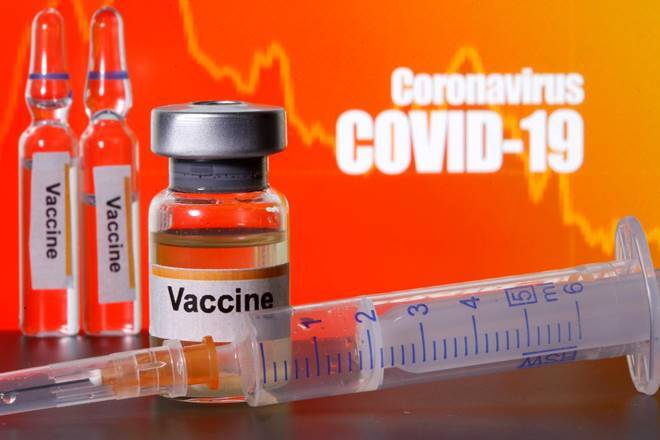 NEW DELHI, Nov 23: Despite the surge in the Coronavirus cases across the country during the last few days and the Supreme Court taking a grim view of the situation, India can hope to start emergency use of a vaccine by end of January or early February that has shown 62 to 90 per cent efficacy in the test results.

Oxford University’s AstraZeneca vaccine candidate, AZD1222 against coronavirus disease (Covid-19), which is likely to be the first vaccine coming to India, has shown 70% efficacy on average, according to the newly published data of phase 2/3 clinical trials held in the United Kingdom and Brazil, the company announced on Monday.

As the deteriorating situation continued to pose serious questions before the authorities, the prime minister Narendra Modi has convened a virtual meeting on Tuesday with chief ministers and administrators of the worst-hit states and union territories respectively to review the situation.  Delhi, Maharashtra, Kerala, West Bengal and Rajasthan were among the states witnessing a spike in the number of Covid-19 cases lately and emerged as new hotspots.

Taking note of the worsening Covid-19 situation in the country, the Supreme Court on Monday asked the state governments to file status reports on the current situation in the respective states. Delhi, Maharashtra, Gujarat, Assam have been asked to file affidavits on the steps taken so far by them. All states must prepare for coming months, the apex court said, expressing concerns as several states have reported a resurgence of Covid-19 wave in November.

As of Monday, India’s Covid-19 caseload went past 91 lakh with 44,059 coronavirus infections being reported in a day, while the recoveries surged to 85,62,641, according to the Union Health Ministry data. There are 4,43,486 active cases of coronavirus infection in the country as on date which comprises 4.85 per cent of the total caseload, the data stated. On the positive side, for 16 days now, India has been registering less than 50,000 Covid-19 cases daily.

The meeting by the prime minister is among the several conducted to review the handling of disease outbreak by states, and come up with a strategy for reducing burden on public health infrastructure. It is to be held in the backdrop of the recently held meeting of the Niti Aayog, in which issues like emergency authorisation, advance procurement, pricing of vaccines were discussed – a development that comes after Pfizer and Moderna have said they would seek emergency authorisation of their vaccines, which have proved around 95% efficacy in the trials.

As four vaccine candidates in India are in either the second or the third phase of clinical trials, vaccine distribution and emergency authorisation are also likely to be discussed with the states.

AstraZeneca in a statement on Monday said, “Positive high-level results from an interim analysis of clinical trials of AZD1222 in the UK and Brazil showed the vaccine was highly effective in preventing Covid-19, the primary endpoint, and no hospitalisations or severe cases of the disease were reported in participants receiving the vaccine.”

The data analysed by an independent Data Safety Monitoring Board (DSMB) determined that the analysis met its primary endpoint showing protection from Covid-19 occurring two weeks or more after receiving two doses of the vaccine.

“These findings show that we have an effective vaccine that will save many lives. Excitingly, we’ve found that one of our dosing regimens may be around 90% effective and if this dosing regime is used, more people could be vaccinated with planned vaccine supply,” said Andrew Pollard, chief investigator, Oxford vaccine trial at oxford, in a statement.

Additionally, no serious safety events related to the vaccine have been confirmed, and the vaccine was well-tolerated across both dosing regimens.

Since the results are based on an interim data analysis, the company has said it will be conducting additional analysis based on further data that gets generated over time, to refine efficacy reading and establish the duration of protection.

AstraZeneca is now preparing regulatory submissions of the data to authorities around the world that have a framework in place for conditional or early approval.

“The Company will seek an Emergency Use Listing from the World Health Organization for an accelerated pathway to vaccine availability in low-income countries. In parallel, the full analysis of the interim results is being submitted for publication in a peer-reviewed journal,” the company statement read.

Though the vaccines developed by Pfizer and Moderna claimed to have proven 95 per cent efficacy, AstraZeneca vaccine provide some advantages in storing and transportation, the experts said.

Oxford vaccine also scores better on pricing as it costs a fraction of the price set by Pfizer and Moderna and will be manufactured in multiple countries, including India and Brazil. On Thursday, Adar Poonawalla, chief executive officer of Serum Institute of India, which has the contract to manufacture AstraZeneca vaccine, said in India the vaccine would be priced at Rs 500-600.