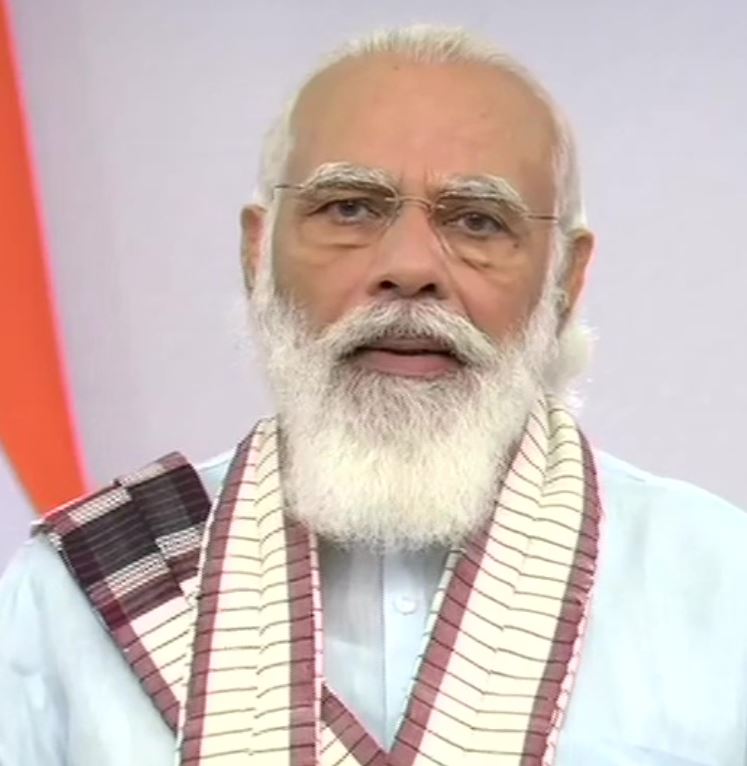 New Delhi: Alarmed at some European countries re-imposing lockdowns and restrictions due to a surging second wave of coronavirus pandemic, Prime Minister Narendra Modi on Tuesday warned Indians against any complacency, carelessness, and irresponsibility, being shown by the people while venturing out on the roads.

He also assured the people that the government was taking steps to vaccinate all the people of the country against Covid-19 as soon as a vaccine becomes available.

In a short, 12-minute address to the nation, he said although the situation in India has improved considerably in recent weeks and the economy was slowly coming back on the rails, there could be no place for complacency, careless and irresponsibility.

“Lockdowns have gone but the danger of coronavirus remains,” he said.

Greeting the people on a number of festivals falling in the next few weeks, Modi said everyone should continue to observe the safety protocol while venturing out of their houses. “Do not go out without wearing a mask. Sanitize and wash your hands regularly. It is only by doing this that you can keep your children, the elderly and the family safe.”

Recently, the PM had addressed a  video-conference of chief ministers of nearly 10 states, which are most affected due to the pandemic. Apparently, their view was that many people had given a go-by to the safety protocols, which increased the danger of community transmission and a rise in the second wave, especially in the festival season when there were greater chances of crowding of public places.