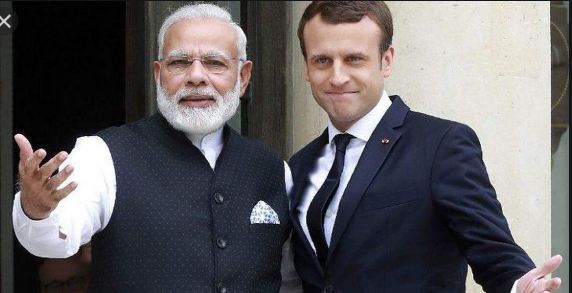 New Delhi: The Rafale deal is done—India has already received eight of the 36 fighter aircraft for the IAF and the rest are on their way on a monthly basis—and New Delhi is now likely to sign yet another key defense deal soon with France to acquire state-of-the-art stealth submarines from the French shipbuilder Naval Group.

Under the more than USD 5.6 billion (approximately Rs.55,000 crore) deal, according to media reports, the French company will make an offer in line with the “Make in India” initiative for a proposal to make P75I class submarines for the Indian Navy.

India is expected to develop an indigenous submarine program (P-76) after the transfer of technology by the French manufacturer.

This assumes significance in view of the ongoing Malabar Naval Exercise 2020 in which navies of India, the USA, Japan, and Australia—members of the Quadrilateral Security Dialogue (Quad)– are participating to secure the Indo-Pacific Region against Chinese hegemony.

The region is set to witness heightened geopolitical maneuvers in the coming years.

While China has tried to secure its energy route from the Middle East via Pakistan, the Quad is now focusing on controlling the supply chain routes for Chinese products via the sea-lanes.

Reports said Indian Defence Minister Rajnath Singh and his French counterpart Florence Parly held a meeting in September to discuss the next phase of Indo-French defense cooperation. “One of these was the P75I submarines tenders,” the reports added.

Under the proposed deal, six stealth submarines with air-independent propulsion technology will be built that would have a longer submerged range than subs already possessed by the Indian Navy.

The P-75I submarines will become the first project to be launched under the Strategic Partnership (SP) policy initiated by the Modi government in May 2017 to give a boost to “Make in India”. This or other SP projects will not be affected by the MoD’s import arms embargo.

According to a report by Stockholm International Peace Research Institute (SIPRI), after Russia and Israel, France is now India’s third-largest arms supplier. Until 2010, France was in the eighth position, and by 2014, it zoomed to the third.

That India has moved closer to France than ever was proved recently when New Delhi condemned Muslim militants’ attacks on French President Emmanuel Macron on the controversial Charlie Hebdo cartoons issue.

In an official statement, the Ministry of External Affairs (MEA) said: “We strongly deplore the personal attacks in unacceptable language on President Emmanuel Macron in violation of the most basic standards of international discourse.”