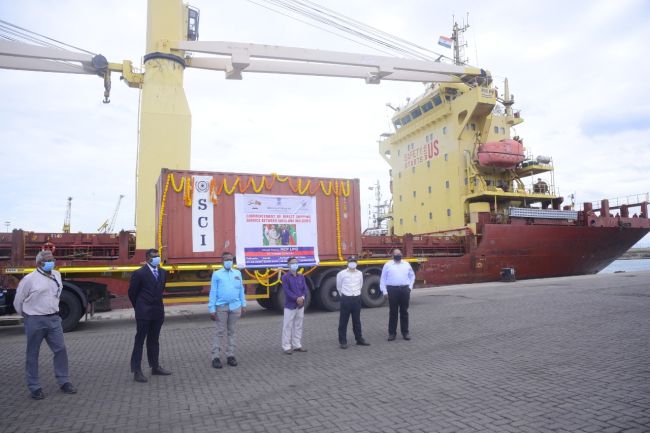 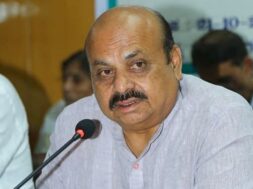 During its first voyage, the vessel with a capacity of 200 TEU and 3,000 MT of breakbulk cargo will cruise from Tuticorin to Kochi, from where it will advance to Kulhudhuffushi port in North Maldives and later to Male port.

It is scheduled to reach Kulhudhuffushi in the Maldives on September 26 and three days later will reach Male. The ferry service is operated by the Shipping Corporation of India and will run twice a month, providing a cost-effective, direct and alternating means of transportation of goods between India and Maldives.

Speaking on the occasion, Mandaviya termed the ferry service as another breakthrough in the comprehensive bilateral relations between India and Maldives. This direct cargo service will further cement the close ties between the two countries by strengthening the people-to-people connection and promote bilateral trade.

Nahula expressed his gratitude for the launch of the service and said it was reflective of the close ties of friendship and cooperation between India and the Maldives.

The Revoi on August 23 had carried a report about the direct cargo ferry service between the two countries from the third week of September to be launched by the Shipping Corporation of India Ltd (SCI) under the aegis of the Union Ministry of Shipping in association with the Maldives Government.

The launch of this service meets the commitment made by Prime Minister Narendra Modi to the Maldives President Ibrahim Mohamed Solih during a visit to the Maldives shortly after his second swearing-in last year and the announcement made by External Affairs Minister S Jaishankar during his virtual meeting with the Foreign Minister of the Maldives on August 13.

previous Corona effects on Education in Pakistan, 20 Million girls may never return to the schools
next Maharashtra Leaders Served with IT Notices on Election Expenses
Related Posts