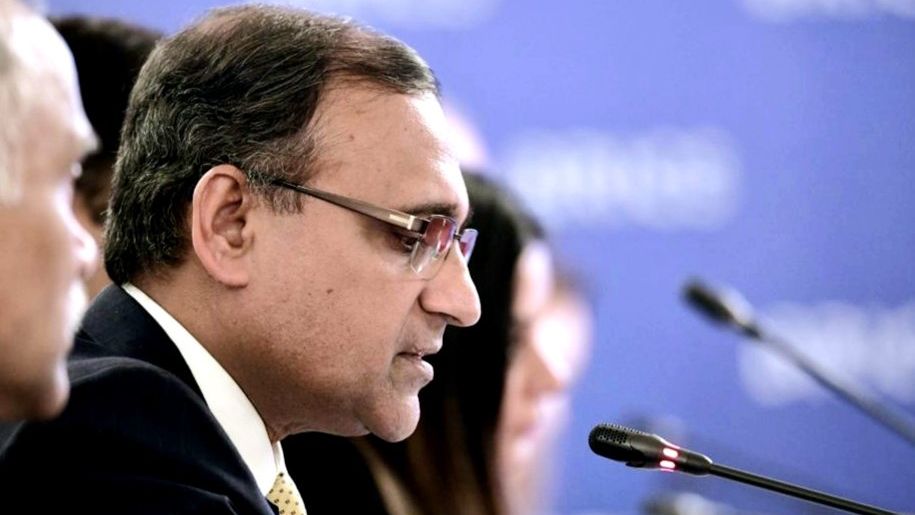 New Delhi, Oct 27: India has called upon the Middle East countries to completely stop all kinds of support to the terrorist forces like the Islamic State of Iraq and Levant (ISIL) at a time when the region is plagued by the problems of political instability, long-festering conflicts, sectarian divides, issue of refugees and terrorism.

In a statement on Monday, India’s permanent representative at the United Nations TS Tirumurti highlighted “New Delhi’s stand on interlinked and mutually reinforcing challenges faced by the people of the Middle East” and noted that the Covid-19 pandemic had only “exacerbated the threats posed by these challenges.”

Tirumurti said, “It is an unfortunate reality that the interlinked and mutually reinforcing challenges faced by the people of the Middle East have not yet been resolved. Political instability, long-festering conflicts, sectarian divides, issue of refugees and terrorism continue to plague the region. The covid-pandemic has only exacerbated the threats posed by these challenges,”

“India calls on concerned parties to completely stop support to terrorist forces like ISIL and others. India also urges all parties in the region to work constructively and in good faith to promote peace, stability and development for the benefit of all people in the Middle East,” he added.

On the Palestine and Israel issue, Tirumurti said, “India urges Israel and Palestine to resume direct negotiations at the earliest and asked the international community to take concrete steps towards resuming and facilitating these negotiations quickly.”

“India has been unwavering in its commitment to the Palestinian cause and continues to remain supportive of a peaceful negotiated resolution of the Palestinian issue. India has supported the two-State solution as a just and acceptable solution to the conflict. Establishment of a Palestinian State living side by side in peace and security with Israel, within mutually agreed borders should be achieved through negotiations directly by the two parties,” Tirumurti added.

He noted that India supports Palestinian President Mahmoud Abbas’s call for an international conference organised by the UN Secretary-General Antonio Guterres to engage all concerned parties in a meaningful peace process.

In the statement Tirumurti said that “the truce between Israel and Hamas has eased the humanitarian situation in Gaza. India hopes that the temporary truce is converted into a permanent ceasefire, which can save precious human lives on both sides and create a conductive environment for talks”

India welcomed the agreements for normalisation of relations between Israel and UAE and Bahrain. Tirumurti said that India has always supported peace and stability in West Asia, which is its extended neighbourhood.

Over the arms conflict in Syria, India said that surging inflation, near halt in economic activities and severe sanctions, have accentuated the humanitarian crisis in the country marred by decade long conflict which has claimed over 400,000 lives, displaced 6.2 million people internally and compelled another 6.3 million people to seek shelter in neighbouring countries.

“2.5 million children have been deprived of schooling and 50 per cent of infrastructure has been destroyed. Surging inflation, near halt in economic activities and severe sanctions, have accentuated the humanitarian crisis. While we are heartened to see a return of normalcy to major parts of the country, we are also reminded of the enormous resources that would be required to provide urgent humanitarian aid, rebuild infrastructure, enable the return of the refugees and restore a normal and dignified life of all Syrians,” India on Syria’s arms conflict.

“India is not only contributing to the return of normalcy and rebuilding of Syria but has also consistently called for a comprehensive and peaceful resolution of the Syrian conflict through a Syrian-led dialogue, taking into account the legitimate aspirations of the people of Syria. In that context, we remain supportive of both the Geneva and Astana processes,” Tirumurti said.

“The recent exchange of prisoners by the Government of Yemen and Ansar Allah, who had been detained in connection with the conflict, is a welcome development. India hopes that the parties will take more confidence-building measures to provide the necessary impetus for the full implementation of the Stockholm Agreement. India also encourages all parties to engage constructively with the UN Special Envoy Martin Griffiths for early finalisation of the Joint Declaration paving the way for a peaceful political transition in Yemen. India also hopes for peace and stability in Iraq with full respect for Iraq’s sovereignty and territorial integrity,” the envoy noted.

On the Lebanon blast, Tirumurti said that India stood in solidarity with Lebanon. We sent emergency humanitarian aid of over 58 MT to Beirut. We look forward to the swift formation of a new government that can offer political stability and also tackle the grave socio-economic challenges being faced by the people of Lebanon.

“The commencement of discussions on the disputed border between Israel and Lebanon is a significant development. I am hopeful that this will provide an opportunity to resolve the longstanding issue between the two countries,” Tirumurti added.