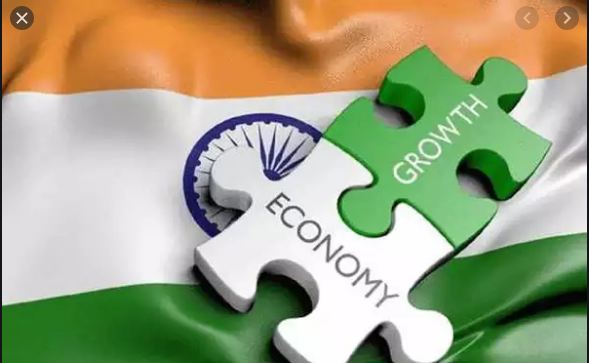 Indian economy: Q2 GDP down 7.5%, but fast recovery in progress

Indian economy: Q2 GDP down 7.5%, but fast recovery in progress

New Delhi: As expected, the second quarter of fiscal 2020-21 has reported a 7.5 percent contraction in India’s Gross Domestic Product (GDP), but a silver lining is that the country’s coronavirus-battered economy is set to improve in the remaining two quarters until March 2021.

Performance in the July-September quarter contracted by 7.5 percent as compared to the second quarter last fiscal, official data released by the National Statistics Office (NSO) showed on Friday.

However, it was a significant improvement over an unprecedented 23.9 percent year-on-year contraction witnessed in the first quarter (April-June) this year when the country, and its economy, had come to a grinding halt due to the coronavirus-inflicted nationwide lockdown.

In the comparable second quarter of 2019-20, India had reported a year-on-year GDP growth of 4.5 percent.

Normally, a contraction in two consecutive quarters is seen as a technical recession. But, a drop in the rate of GDP contraction signals a revival for the economy as green-shoots became visible in almost all sectors.

Niti Ayog Vice Chairman Rajeev Kumar expressed similar views. “We are not in a technical recession,” he said.

In a media interview, he termed the fast speed of India’s economic recovery as a “pleasant surprise”, adding manufacturing shows positive growth, confirming a rebound.

India’s economy recovered faster than expected in the second quarter as a pick-up in manufacturing helped GDP clock a lower contraction of 7.5 percent and indicated further improvement on better consumer demand, he added.

However, even with a smaller rate of contraction, the country’s economy remains one of the worst performers among 24 major countries.

Apart from India, the United Kingdom has shown a contraction of 9.6 percent in the July-September period. China, on the other hand, is the only country to have shown growth at 4.9 percent during the same period.