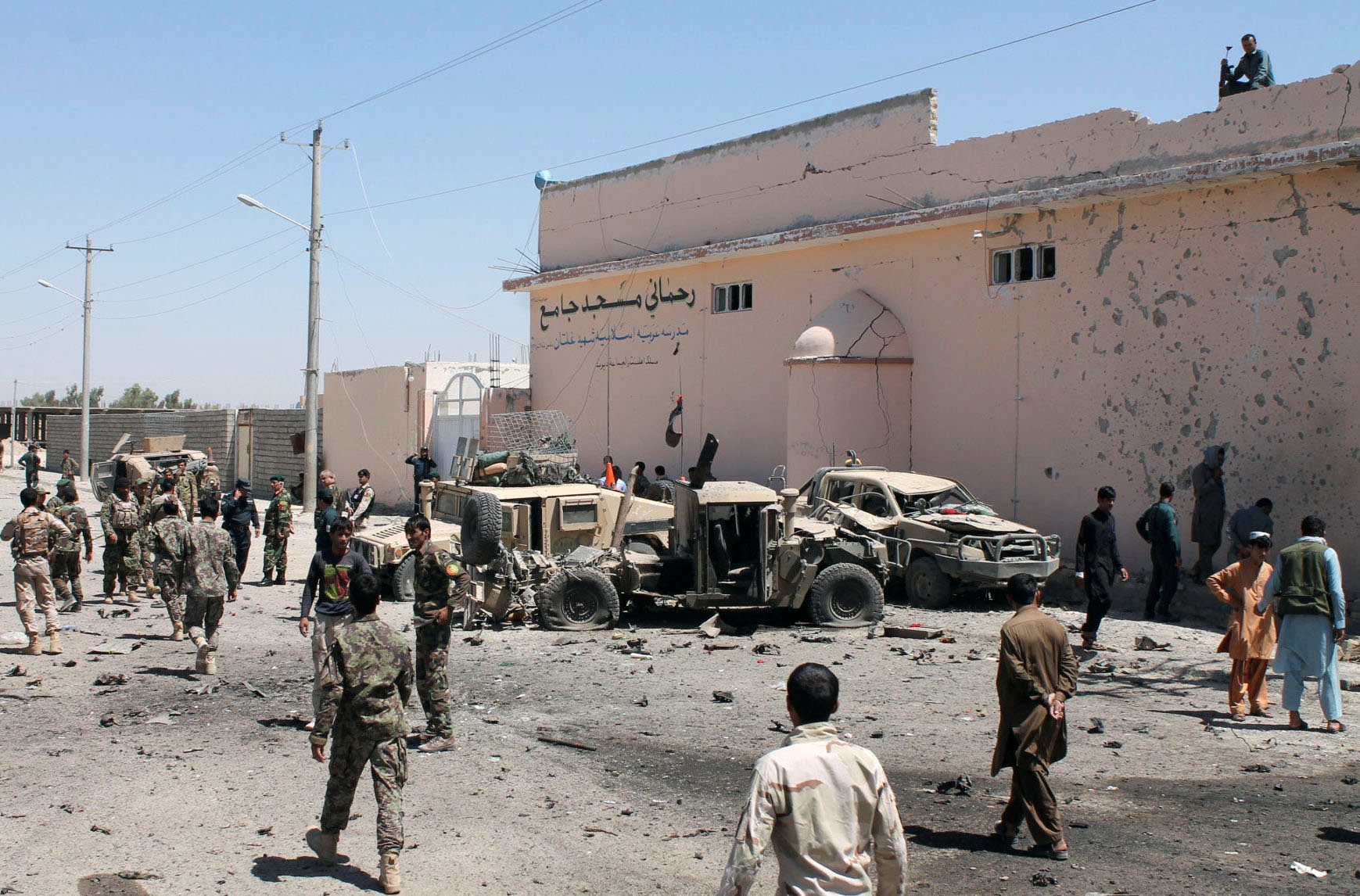 NEW DELHI, Oct 16: In an apparent bid to de-rail the peace talks between the Afghanistan government and Taliban in Doha, Qatar, Iran and some Pakistan-based terror organisations are believed to be helping the Talibani rebels to mount an intense attack on Afghanistan’s Helmand province, rich in poppy cultivation.

Top Afghan government officials maintained that though the attack was mounted by the local Taliban who apparently disfavoured peace move, the fighters from Pakistan-based Lashkar-e-Taiba (LeT) and Jaish-e-Mohammed (JeM) were also involved in the fighting.

The crucial province has witnessed violent clashes between the Taliban and Afghan forces since the last weekend, and the UN has said some 35,000 people had been displaced by the fighting. Taliban cadres launched offensives to capture cities such as provincial capital of Lashkargah and several districts.

Being one of the main poppy growing areas in Afghanistan, Helmand is home for illegal narcotics trade and generates huge funds crucial for the Talibanis and the Pakistan-based terror groups.

The Taliban offensive in Helmand raised concerns among the Afghan officials that a growing wave of insurgent violence could not only undercut fledgling Qatar peace talks but could also sabotage the U.S.-Taliban pact reached in February. In the months since the pact was signed, the insurgents had unleashed a nation-wide violence killing thousands of civilians and troops, but have stopped short of full-fledged assaults on cities.

The multiday assault in several areas near Lashkar Gah, the provincial capital, was partly quelled by Afghan forces by Tuesday with support from U.S. airstrikes, but thousands of families were forced to flee the surrounding areas, highways were blocked, and some Taliban fighters were reported on Wednesday to still be advancing into the city.

The complex attack appeared to have been planned before the US President Donald Trump tweeted last Wednesday that he wanted to bring all U.S. troops home by Christmas, a significant shift in policy that immediately put the Taliban in a stronger bargaining position at the peace talks, which have been bogged down in disputes for a month.

Helmand’s governor Yasin Khan said foreign fighters associated with LeT, JeM and al-Qaeda were backing the Taliban in the attacks. Though the Taliban captured several check posts, Afghan forces have mounted counter-attacks to drive them out.

The Taliban have provided safe havens to foreign fighters from the three terrorist organisations, and they, in turn, are providing military and bomb-making training to Taliban fighters, Khan was quoted as saying by some Afghan news channels.

“There is the presence of al-Qaeda, Jaish-e-Mohammad, Lashkar-e-Taiba and terrorists from Central Asia. They collaborated with the Taliban now and in the past,” Khan said.

A former Indian intelligence official, who was involved in tracking developments in Afghanistan, confirmed the reports that the Taliban fighters in Helmand were not under the control of the organisation’s leaders who are involved in the ongoing talks in Doha with the Afghan government.

“Reports also suggest that the groups in Helmand are under the influence of Iran and that was the reason why the US swiftly launched counter strikes in Helmand. The province is crucial as it has traditional been the route to capturing power in Kabul,” the retired intelligence official said. Some experts on Afghanistan also said the Taliban groups in Helmand were being supported by Pakistan and Iran and were opposed to the talks underway in Doha.

A UN report issued in May this year had said there were some 6,500 Pakistanis among foreign terrorists operating in Afghanistan, and that the JeM and LeT play a key role in bringing foreign fighters into the war-torn country.

The groups have a presence in the eastern Afghan provinces of Kunar, Nangarhar and Nuristan, “where they operate under the umbrella of the Afghan Taliban”, according to the report from the UN Security Council’s analytical support and sanctions monitoring team.