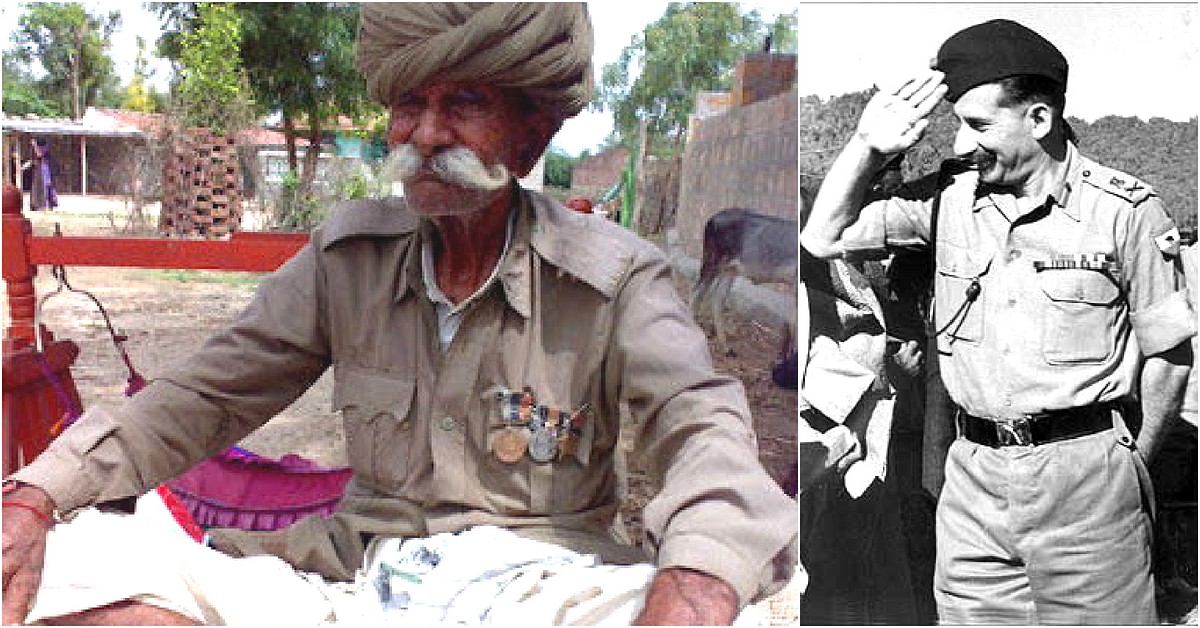 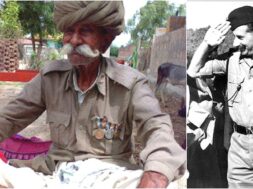 The Story of Ranchordas Pagi: An Unknown Hero of India

In 2008, Field Marshal Sam Manekshaw was admitted to Wellington Hospital, Tamil Nadu. He often kept taking a name ‘Pagi-Pagi’ during the days of his ill-health and semi concious state. The doctors asked one day “Sir, who is this Paagi?”

This is based on what Sam Sahib himself narrated.

In 1971, India had won the war. General Manekshaw was in Dhaka and ordered that Pagi be invited for dinner that day. A chopper was sent. While boarding the chopper, a bag belonging to Pagi remained left on the ground and the chopper was turned back to pick it up. The officers opened the bag before placing it in the helicopter as per the rules and were stunned because it had two rotis, onions, and a dish of gram flour (gathiya). One half of the meal was eaten by Sam Sahib and the other by Pagi for dinner.

Later, a border post of ‘Suigaon’ at the international border region of North Gujarat was named  ‘Ranchoddas Post’. This was the first time that an army post was named after a common man, as well as a statue of his, was installed.

Pagi means ‘guide’, the person who shows the way in the desert. Ranchoddas Rabari, the man in the picture, was affectionately called ‘Pagi’ by General Sam Manekshaw.

Ranchoddas of ‘Pathapur Gathras’, a village bordering Pakistan in ‘Banaskantha’ district of Gujarat was where he used to rear sheep, goat, and camel. Life changed when, at the age of 58, he was appointed the police guide by the Banaskantha Superintendent of Police, Vanraj Singh Jhala.

The guide’s skill was such that after seeing the footprints of the camel, he used to tell how many men are riding on it. By looking at the footprints of humans, he used to guess their weight, their age, and how far they must have gone. His estimations had the exactness of a computer analyst.

In the beginning of 1965 war, Pakistan Army captured ‘Vidhkot’ at the Kutch border in Gujarat. In this encounter, about 100 Indian soldiers were killed. A 10,000 men Indian Army contingent was mobilized and had to reach ‘Chharkot’ in three days.The  need for Ranchoddas Pagi was felt for the first time by the army. Ranchordas Pagi was recruited as a scout on behalf of the Indian Army.

Due to his grip on the desert paths, he guided the army to the destination 12 hours before the scheduled time. He was personally chosen by Sam Saheb to guide the army and a special post was created in the army, ‘Pagi’ i.e. the person with knowledge of feet.

The location and approximate number of 1200 Pakistani soldiers hiding in the Indian border was revealed based only by their footprints, and that was enough for the Indian Army to win that front.

‘Pagi’ Took Part in both the 1965 and 1971 wars. Along with the guidance of the army in the 1971 war, getting ammunition to the front was also part of Pagi’s work. Pagi’s role was important in the victory of the Indian tricolor on the ‘Palinagar’ town of Pakistan. Sam Sahib himself gave a cash prize of ₹300 from his own pocket.

Pagi also received three honors for his contribution in the 65 and 71 wars – ‘Sangram Medal’, ‘Police Medal’ and ‘Summer Service Medal’!

Even today his exploits are a part of Gujarati folk songs. His gallant saga will be sung for ages. Ranchoddas Rabari i.e. our ‘Pagi’ has become immortalized forever in Indian military history due to his patriotism, valor, bravery, sacrifice, dedication, and decency.