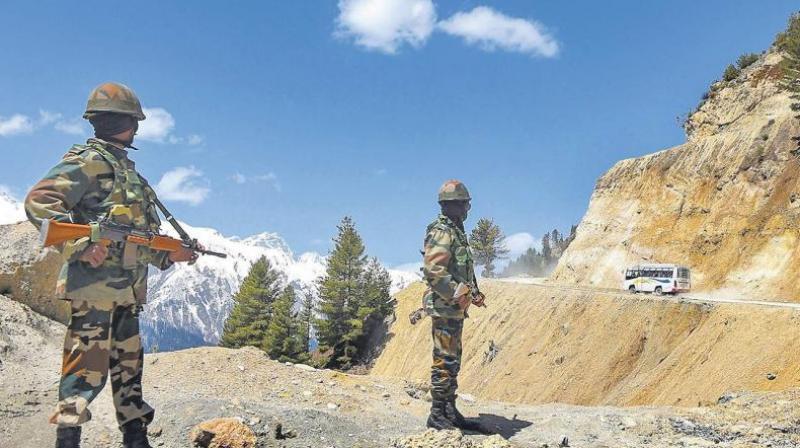 “Missing” Chinese Soldier Apprehended on the Indian Side

“Missing” Chinese Soldier Apprehended on the Indian Side

NEW DELHI, Oct 19: A Chinese soldier reported “missing” by the People’s Liberation Army, has been traced on the Indian side in Chumar-Demchok area of Ladakh and was apprehended by the security forces, official sources said on Monday.

Indian army officers said the soldier identified as Corporal Wang Ya Long, apparently had strayed across the Line of Control (LAC) inadvertently. He would be returned to the Chinese army as per established protocol after following due procedure.

According to the Indian Army, the Chinese soldier has been provided medical assistance including oxygen, food and warm clothes “to protect him from the vagaries of extreme altitude and harsh climatic conditions.”

The Indian Army added that it had received a request from PLA about the whereabouts of the missing soldier. “As per established protocols, he will be returned back to Chinese officials at the Chushul-Moldo meeting point after completion of formalities,” the statement issued by the Indian Army said.

India and China have been involved in a border standoff at the Line of Actual Control in Ladakh since May. Tension escalated on June 19 when 20 Indian soldiers were killed during a clash with Chinese troops at Galwan Valley. There have been seven rounds of military and diplomatic talks between the two countries to resolve the standoff so far.

India and China are expected to hold the eighth round of military-diplomatic talks next week on disengagement in the Ladakh theatre.

previous From China to cricket: How Farooq is hedging his bets?
next Calcutta High Court Orders Durga Puja Pandals to be Declared “No Entry Zones” for Devotees