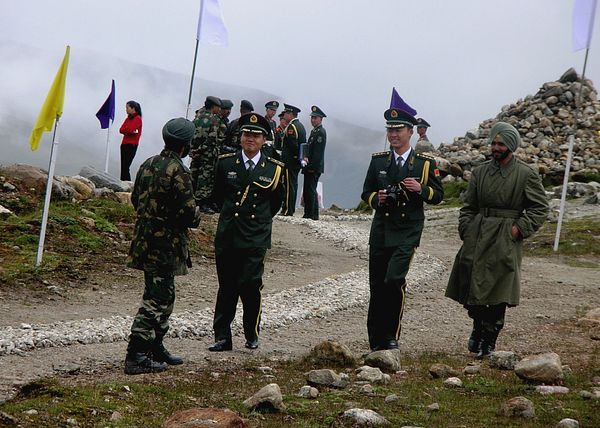 NEW DELHI, Oct 21: The Chinese soldier who had “strayed” into Indian territory across the Line of Actual Control in Ladakh region on Monday has been handed back to the People’s Liberation Army on Tuesday night, an official spokesman of the Indian army said on Wednesday.

The soldier, identified as Corporal Wang Ya Long, had strayed across the LAC into Indian territory in Demchok area in eastern Ladakh, and was apprehended by the Army on Monday.

The quick handing back was performed by the Indian army despite the heightened tension in the border with the Chinese army in the eastern Ladakh region both the sides deploying nearly 50,000 troops each, and have positioned additional artillery, tanks and air defence assets.

The Indian army had provided to the apprehended Chinese soldier “medical assistance including oxygen, food and warm clothes to protect him from the vagaries of extreme altitude and harsh climatic conditions”.

The Army said a request had been received from the PLA on the whereabouts of the missing soldier. The Chinese National Defense Ministry had said in a statement on Monday that, PLA’s spokesperson of the Western Theater Command, Colonel Zhang Shuili pointed out “on the evening of October 18, one of my soldiers who requested help from the herders to find the yak was lost”. It mentioned that Chinese border guards reported to the Indian side “as soon as possible and hoped that the Indian side would assist in search and rescue”. India, it said, “notified the Chinese side that a missing person from the Chinese side was found and will be handed over to the Chinese side after medical examination.”

previous Covid-19: Modi cautions against carelessness, complacency, irresponsibility
next Venezuela plans to use Russian and Chinese coronavirus vaccines for its citizens
Related Posts