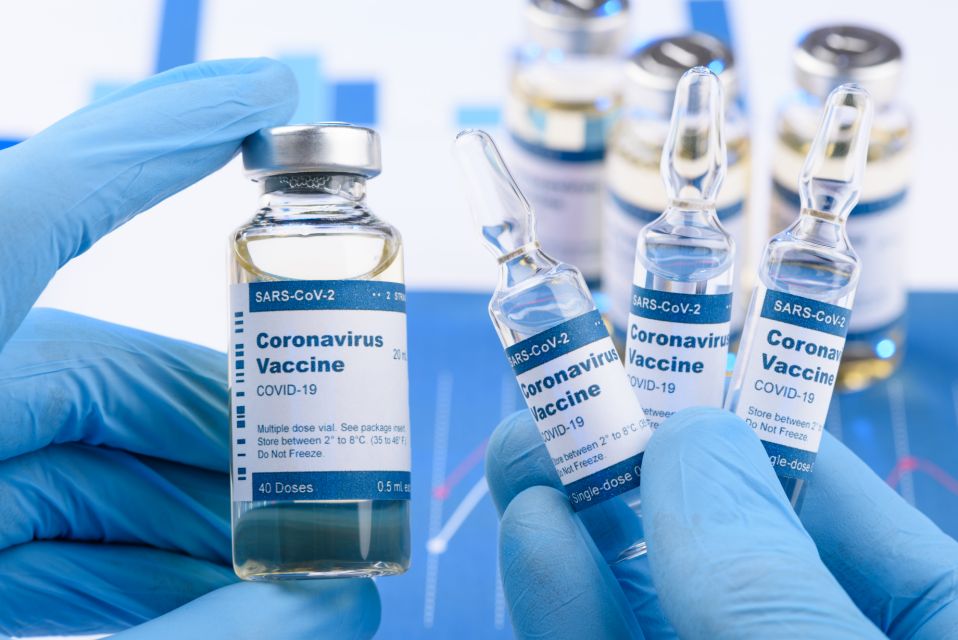 NEW DELHI, Nov 24: The prime minister Narendra Modi on Tuesday gave a clear hint of an early arrival of Corona vaccine that could bring great relief to the people currently haunted by the virus when he asked all the state governments to start working for cold storage facilities for storing the vaccine.

Modi chaired a meeting of the chief ministers of various states and Union Territories through video conferencing to review Covid-19 situation. The prime minister assured the states that the vaccine against Covid-19 to be used in India would be safe on “all scientific standards.”

“Safety is as important as speed for us, whichever vaccine India will give to its citizens will be safe on all scientific standards. Vaccine distribution strategy will be chalked out in collective coordination with states. States must also start working cold storage facilities,” Modi said at the meeting.

The prime minister’s review meeting with the chief ministers comes at a time when India’s Covid-19 caseload has soared past 9.17 million. India saw 37,975 new coronavirus infections in the last 24 hours taking the country’s COVID-19 caseload to 91.77 lakh, while the recoveries crossed 86 lakh, according to the Union Health Ministry data updated on Tuesday. The total coronavirus cases mounted to 91,77,840 and the death toll climbed to 1,34,218 with 480 new fatalities, including 121 from Delhi alone. The number of active cases remained below 5 lakh for the 14th consecutive day. There are 4,38,667 active cases of coronavirus infection in the country now which comprises 4.78 per cent of the total caseload.

“Seeing good recovery rates, many think virus is weak and they’ll recover soon, this has led to rampant carelessness… Those working on vaccine are doing it but we need to focus on ensuring that people are alert & transmission is curbed. We’ve to bring positivity rate under 5%,” the prime minister added.

The Prime Minister urged all the chief ministers to share their feedback in writing on COVID-19 strategy. “No one can impose any view and all have to work together,” Modi said. He also states and union territories against any laxity in fighting the pandemic and called for reducing the positivity rate by focusing on curbing the virus transmission.

The Union home minister Amit Shah asked the chief ministers to ensure that the Covid-19 mortality rate come down below 1% and the new cases must not exceed 5% of the existing level. The most important step Shah told the CMs to take was to make the containment zones dynamic. Officials must visit the red zones every week and based on data collected, change the status of a particular area, he said. At present, the data from containment zones is collected fortnightly.

Delhi chief minister Arvind Kejriwal informed the prime minister that Delhi saw a peak of 8,600 coronavirus cases on November 10 during the third wave and since then, the number of cases as well as the positivity rate were steadily decreasing, sources said. Kejriwal told the prime minister that the severity of the third wave in the national capital was due to several factors, including air pollution, and sought his help over the issue of stubble burning in neighbouring states. The Delhi CM also sought reservation of an additional 1,000 ICU beds in central government hospitals till third wave lasts.

Speaking about the situation in West Bengal, chief minister Mamata Banerjee said the people in the state have become ignorant of the viral infection and have stopped following protocols like wearing masks. She added that the people here think Covid-19 pandemic is over. Only in the North 24 Parganas district people wear masks while in Bankura nobody can be seen exercising precautions.

During the meeting, Banerjee also asked for states’ Goods and Services Tax (GST) dues to be cleared by the Centre. She was the only one to have raised the issue.

The prime minister’s hints about an early vaccine followed Cyrus Poonawalla, the founder of Serum Institute of India (SII), which has the contract to manufacture AstraZeneca – Oxford University vaccine candidate, telling the media persons in Pune on Monday that the vaccine would be available in India “very soon.” Oxford-AstraZeneca had announced that interim trial data from the crucial phase 3 trials have shown that its Covid-19 vaccine candidate was 70.4 per cent effective.

Modi also told the CMs that the pricing of the vaccines were yet to be decided. “Though two India-based vaccines are at the forefront, we’re working with global firms also. Even after drugs being available for years, some people have adverse reactions. So a decision needs to be taken on scientific basis,” Modi said. He also urged states to send detailed plans soon on how they plan to take vaccine to lowest levels. “It’ll help us in making decisions as your experiences are valuable. I hope for your pro-active participation. Vaccine work is ongoing but I request you there should be no carelessness:,” he said.

The prime minister said the government was also giving due importance on making oxygen and ventilators available. “We are trying to make the medical colleges and district hospitals self-sufficient in oxygen generation. Efforts underway to establish more than 160 oxygen generation plants in the country,” Modi said.