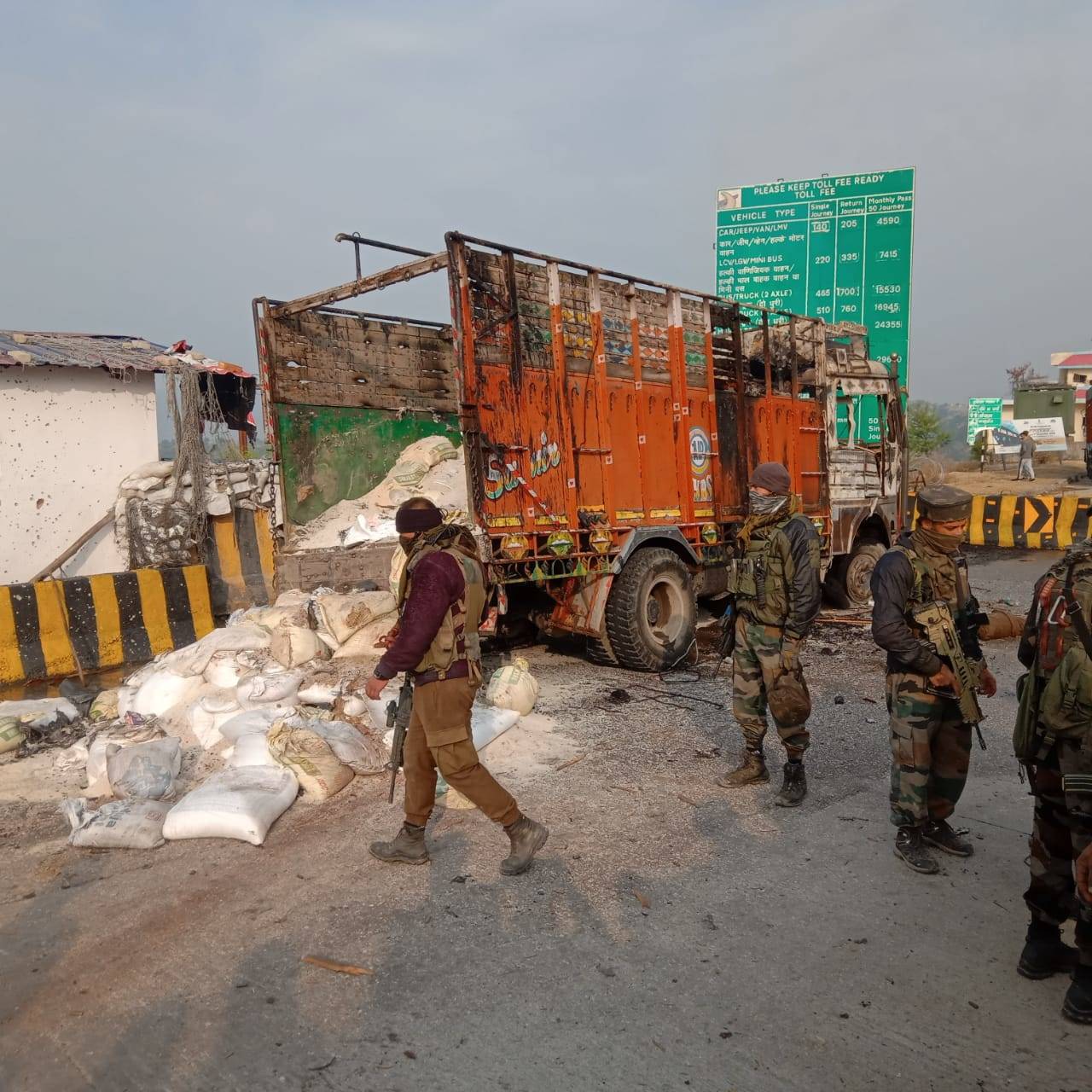 NEW DELHI, Nov 22: Though Pakistan will never officially admit its involvement in Thursday’s Nagrota encounter in which four terrorists were killed, the Indian investigators have traced Pakistani footprints behind the attempt to launch a massive disruptive activity in India, possibly derailing the democratic process initiated in the union territory of Jammu and Kashmir.

Besides that mobile phones, mobile data recorders, medicines, shoes and other implements recovered from the killed terrorists all bore Pakistani mark, the detailed investigation into incident have revealed the involvement of Jaish-e-Mohammed (JeM) operational commander Kasim Jan, the principal accused in the 2016 Pathankot air base attack, official sources said.

Jan is believed to be one of the main launch commanders of Jaish terrorists into India and has links with underground workers all over South Kashmir. Jan reports directly to Mufti Rauf Asghar, the younger brother United Nations’ designated global terrorist Masood Azhar, who has now become the de-facto operational chief of his elder brother’s JeM.

Data extracted out of global positioning sets, wireless handheld sets and receivers from the bodies reveals that the four Jaish attackers killed at Nagrota were trained in commando warfare. They had walked nearly 30 km from the JeM camp at Shakargarh to the Samba border and then to the pick-up point at Jatwal, which is six kilometres from Samba to Kathua. This means the attackers walked through the moonless night to the pick-up point and then moved towards Jammu and Kashmir.

“The approximate pick-up point is 8.7 km aerial distance from the international border and the JeM Shakargarh camp is 30 km from Jatwal. The probable infiltration route was through Mawa village in Samba sector, which is between Ramgarh and Hiranagar sector. There are various kaccha tracks near Nonath nalla, which reaches upto international border from the pick-up point. The nala merges into Bein nala near Pakistani village of Chak Jaimal. It is estimated that the terrorists walked the total distance between 2.5 to 3 hours depending on the various routes,” said a senior official.

There is evidence to indicate that they boarded a truck (JK01AL 1055) between 2.30 and 3 am in the night and were seen crossing Sarore toll plaza towards Jammu at 3.44 am. The truck then moved towards Kashmir using the Narwal bypass route with the security forces intercepting it around 4.45 am at Ban toll plaza.

According to senior security officials, the slain terrorists were suicide attackers as their groin area was shaved as has been witnessed in case of jihadists in the past incidents. Besides assault rifles, under barrel rocket launchers and pistols, the four were also carrying 6.5 kilograms of nitrocellulose mixed with fuel oil, an explosive used in shaped charges.

The Indian counter-terror agency believe that the JeM was increasingly becoming hyperactive across the J&K border with the gradual withdrawal of US forces from Afghanistan that led to resurgence of the Taliban. Indian intelligence officials claim that at least 14 specially trained terrorists besides others, some of them under-training, were waiting at Gujaranwala to infiltrate into India.

“Nearly 200 terrorists of mixed tanzeems are waiting at launch pads across the Line of Control (LoC) to infiltrate into India. We are picking up revival of Al-Badr group as well as creation of another terror front Lashkar-e-Mustafa, headed by one Hidyatullah Malik, and other Pakistani based Lashkar-e-Toiba (LeT) group training another 23 terrorists at Jangal-Mangal camp in Khyber-Paktunkhwa,” intelligence sources has revealed.

While JeM commander Rauf Asghar monitored the attack from Bhawalpur with Qari Zarar, the launcher was Kasim Jan, who handles all the Jaish infiltration into South Kashmir. The LeT used the north Kashmir route between Uri and Kupwara sector.

“With Rauf Asghar reported to be recruiting terrorists in Peshawar, the Pakistani deep state has decided to raise the violence levels after the deep freeze in the Valley gets over by January-end 2021,” the Kashmir experts believe.