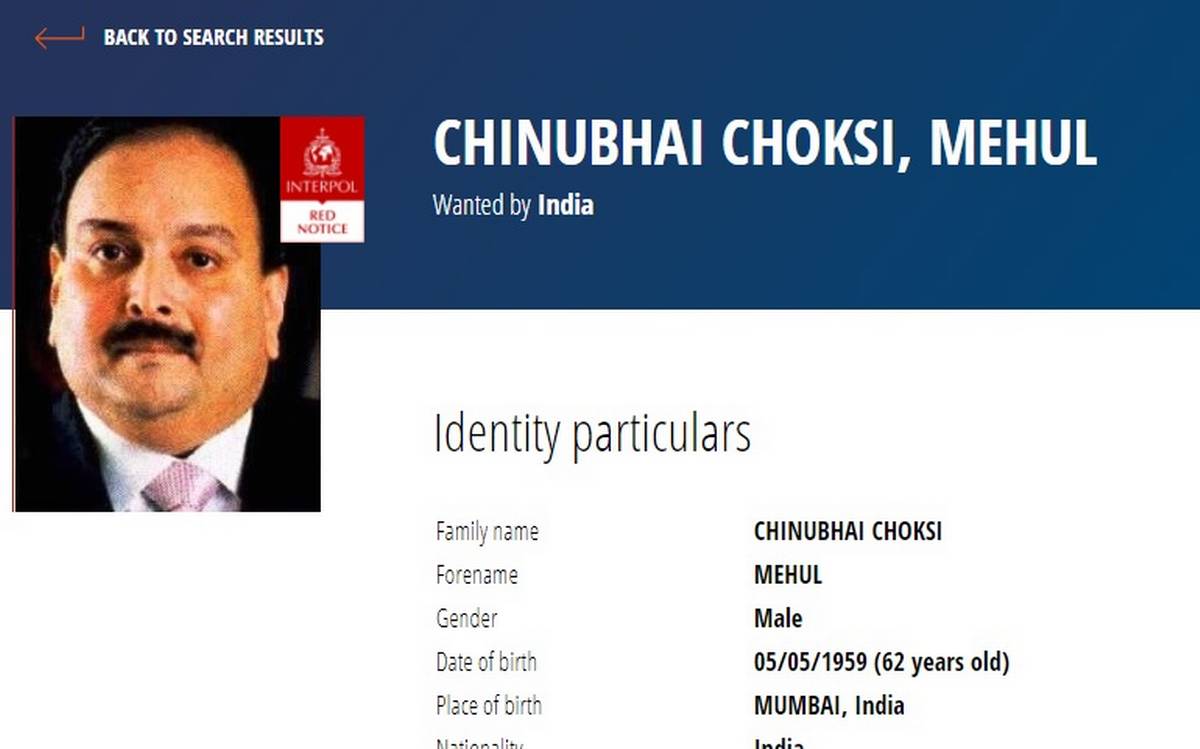 New Delhi: In calculated steps and almost declaring him a persona non grata (unwanted person), the two Caribbean island nations—Antigua and Barbuda and Dominica—appear pushing fugitive diamantaire Mehul Choksi back to India where he is the ‘most wanted’ since 2018.

He is running out of options to stall his inevitable return to India, the way his nephew, Nirav Modi, lodged in a London jail, is facing the same fate.

The Dominica High Court is scheduled to hear Choksi’s claim on June 14, that he was abducted from Antigua on May 23. A local court had already denied him the bail, despite his offer to pay a huge sum as a bond. The Antigua police are also probing his abduction claims.

Within days after the Antiguan government approached a court in connection with the revocation of Choksi’s citizenship, and former Indian Solicitor-General Harish Salve saying the fugitive could be brought back to India in weeks, came reports on Thursday that Dominica had already declared him a “prohibited immigrant”.

The Dominican Ministry of National Security and Home Affairs had, on May 25—just two days after Mehul was arrested from a beach on charges of illegal entry—said that “in accordance to section 5(1)(f) of the Immigration and Passport Act Chapter 18:01 of the 2017 Revised laws of the Commonwealth of Dominica, you, Mr. Mehul Chinubhai Choksi, are hereby declared a prohibited immigrant.”

“You are, therefore, not permitted to enter the Commonwealth of Dominica and the Chief of Police has been instructed to take all the necessary actions to have you repatriated,” added the order, dated May 25, 2021, signed by Dominican minister Rayburn Blackmoore.

Following this, Mehul reportedly got himself hospitalized with fresh claims of being thrashed up. The doctors, however, rubbished his ‘injuries’ saying that one was old and the other was only a scratch due to a ‘slight push’.

This document is part of a submission made by the Dominican authorities before the court, based on which the public prosecutor requested the High Court to reject Choksi’s plea and deport him to India.

In October 2019, Antigua and Barbuda Prime Minister Gaston Browne had accused Choksi of having ‘concealed facts and misrepresented his case for citizenship.’ He also said his country was not interested in Choksi’s citizenship as he adds no value.

Two days ago, Dominica PM Roosevelt Skeritt dubbed Choksi as an “Indian citizen” and said that the courts will decide his fate. Even India has submitted Mehul’s documents that stressed that he continued to be an Indian citizen against whom Interpol has issued a Red Corner Notice (RCN).

Even his alleged girlfriend, Barbara Jabarika, has punched holes in his claims of abduction, saying that he had invited her to meet in Cuba where he wanted to go from Dominica and that she was reluctant to do business with him for which he was pushing as a partner. The claims of a Choksi-friendly Antiguan Opposition leader about his abduction in a boat have also been found fake.

Clearly, the ground has been laid for his repatriation to India.

Mehul Choksi, wanted in the Rs 13,500-crore Punjab National Bank (PNB) fraud case in India, had gone missing on May 23 from Antigua and Barbuda, where he has been staying as a citizen since 2018. Two days later, he was detained on a beach in the neighboring island country of Dominica for illegal entry.

Choksi’s lawyers claimed that he was abducted on a boat from Jolly Harbour in Antigua by policemen looking like Antiguan and Indian, and brought to Dominica on a boat.

previous Covid-19: India to get a share of 80 mn US vaccine doses through COVAX
next Prime Minister Narendra Modi to participate in 47th G7 Summit
Related Posts