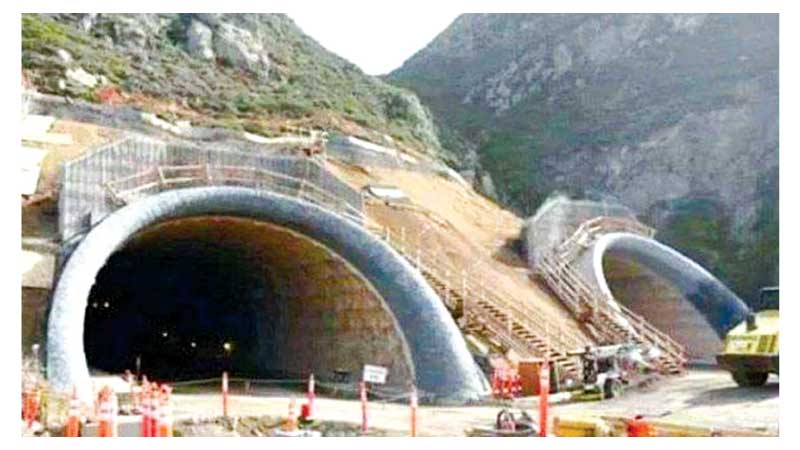 REVOI Special: Tunnel defence could be the game-Changer for India in war situation

REVOI Special: Tunnel defence could be the game-Changer for India in war situation

NEW DELHI, Nov 23: The Indian Army has already deployed tunnel defence at the China border to prevent any unexpected attack by the Chinese PLA.

To protect the soldiers from the unexpected attack – the Indian army has deployed large diameter concrete pipes in the tunnels. This move by the Indian Army can also surprise the adversary in case the situation worsens along the Line of Actual Control (LAC).

With the help of this – the Indian army can move underground and can easily remain out of enemy’s eyes. The temperature in the tunnels will remain suitable for the Indian soldiers and it will protect them from snow blizzards also.

India and China both are looking forward to the ninth round of meeting and India continues to maintain a very high alert. India is not less than China in the terms of weapons and troops and now India is not ready to trust China again.

Except Ladakh and eastern sectors – India is also monitoring the situation in central Sikkim, because Chinese army has already started to build military infrastructure in Tibet.

China has now undertaken a large military infrastructure upgrade in the central Sikkim and eastern sectors.

According to sources – China is steadily increasing its forces and developing defence near Indian border. China has been strengthening its surface to air missile sites, expanding air bases in Tibet and an increase in unmanned aerial vehicles.

India has noticed enhanced activity in these areas and learnt that the People’s Liberation Army has been engaging in road construction at Churup village.

Talk between the two military commanders is expected to take place soon and India is expecting that the Chinese army will leave the place in eastern Ladakh, but Beijing has continued to send its more army at Indian border which shows that the standoff is not going to die very soon.

“China continues to build up its troops and is adding infrastructure at the border to keep up the pressure with India even as the two sides continue dialogue on disengagement and de-escalation,” Indian officials said.

Further the Indian side has noticed that the Chinese PLA is undertaking road construction for faster deployment on the LAC. This is being done to focus on the DBO sector as well as the Depsang Bulge area.

previous Four Hour Farmers’ “Symbolic Bharat Bandh” on Tuesday, Centre’s Advisory to States to Maintain Peace and Tranquility
next Covid-19 pandemic could push over one billion in extreme poverty by 2030: UN
Related Posts