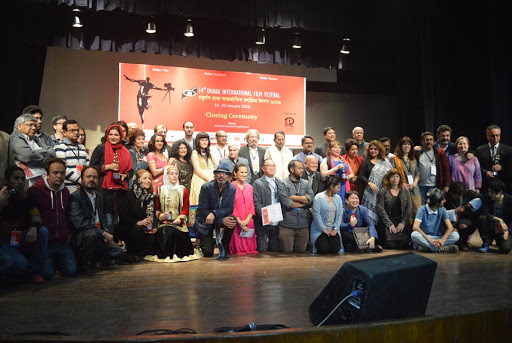 NEW DELHI, Oct 13: The internationally-acclaimed Dhaka International Folk Festival (DIFF), Bangladesh, held every year in November has been cancelled this year due to the prevailing Corona pandemic and tentatively re-scheduled in January, 2021.

The organisers of the festival, Rainbow Film Society, have decided not to go ahead with the festival in November for fear of spreading COVID-19. It hoped that the the January festival venue would remain unchanged to be held in five theatres. It, however, is still not sure whether the DIFF would go hybrid (physical and online) giving the pandemic situation then. A final decision was expected to be taken by the end of November or early December.

The DIFF festival is divided into several categories bringing together filmmakers, critics and film lovers from all over the world. In its annual edition last year, the festival screened about 220 films from 74 countries.

The Indian presence in the festival is usually strong with about 40 to 50 films are submitted every year and about 50 per cent of which get the final nod for screening. The last year’s edition had screened the latest features by Abhishek Shah, Anjan Dutt, Biju Kumar Damodaran, Ajay Bahl, Srijit Mukherjee and Ranjan Ghosh among others.