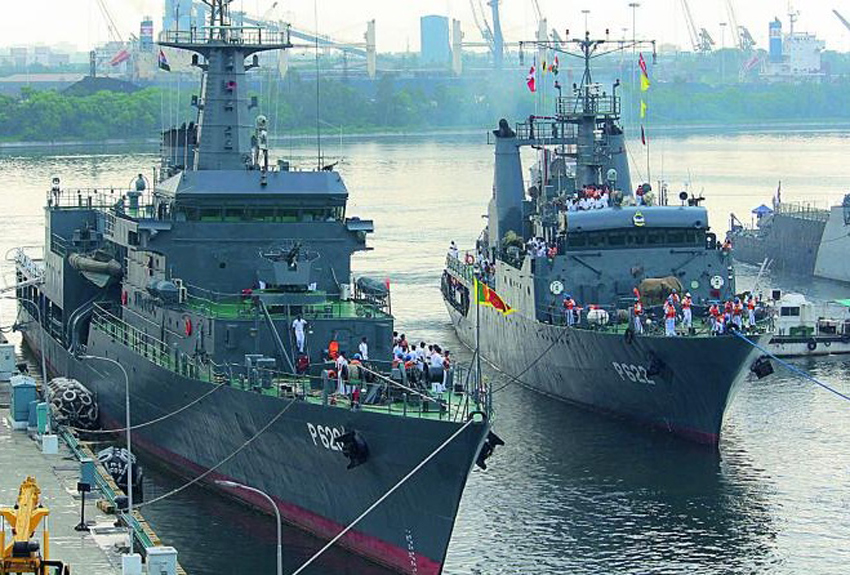 NEW DELHI, Oct 19: The eighth edition of the three-day SLINEX (Sri Lanka India Naval Exercise), a series of naval drills between the Indian Navy and the Sri Lankan Navy, began on Monday off Trincomalee.

It will emphasise a series of complex drills including surface and anti-air weapon firings and cross deck flying operations to further enhancing the “high degree” of interoperability between the two Navies, officials said.

The synergy between the naval forces of the two countries has also grown significantly in recent years, in accordance with India’s policy of Neighbourhood First’ and the prime minister Narendra Modi’s vision of “Security and Growth for all in the Region” (SAGAR).

An Indian Navy spokesperson said, “SLINEX is a series of exercise exemplifies the deep engagement between India and Sri Lanka which has strengthened cooperation in the maritime domain.”

Starting in the year 2005, the last year’s edition of SLINEX was conducted, off Visakhapatnam in September 2019. “Synergy developed during SLINEX exercises resulted in seamless coordination of joint SLN – IN efforts in September to render assistance to MT New Diamond, a Very Large Crude Carrier (VLCC), which had caught fire off the East Coast of Sri Lanka. The exercise is being conducted in a non-contact ‘at-sea-only’ format in the backdrop of COVID-19 pandemic,” an official statement by the Indian Navy said.

The Nepal Tourism Board (NTB) and its national flag career Nepal Airlines Corporation (NAC) signed joint agreement on Monday under public-private partnership (PPP) to promote Nepal as a major tourist destination in the international market.

As per the agreement, both NTB and NAC will collaborate on various aspects to promote the country’s tourism industry. The pact ensures cooperation in diverse fields such as joint promotional work, introductory visits, branding of each other’s organisation and international level tourism-related programmes to be organised in Nepal, among others.

Both the stakeholders have communicated their belief that this agreement will play a vital role in promoting the tourism sector of the country in both the domestic and international sectors.

The agreement comes in the wake of Nepal Government removing restrictions last Friday to incoming international visitors. It announced foreign tourists having COVID-19 negative report, will not be required to undergo quarantine for seven days from October 17.

Earlier, visitors arriving in Nepal had to undergo a seven-day hotel quarantine. An official at the Department of Tourism, Ministry of Tourism and Civil aviation last week stated, “Foreign trekkers and mountaineers wishing to visit Nepal from October 17 may walk free without staying in quarantine if they produce a Polymerase Chain Reaction (PCR) negative report.”

previous Covid-19: New restrictions have come into force in Italy as cases continued to climb
next Pakistani Plans to Sabotage India’s Attempts to Impose Communication Blackout in J and K