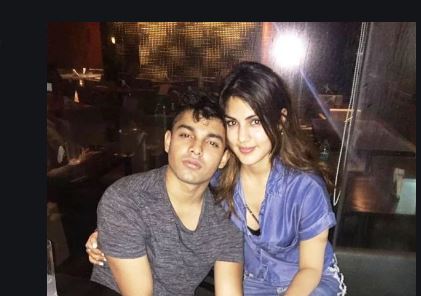 MUMBAI, Oct 7: After spending a month in the Byculla central jail, the Bollywood actress Rhea Chakraborty, who was arrested on the allegation of supplying drugs to the deceased actor Sushant Singh Rajput, was on Wednesday granted conditional bail by the Bombay High Court.

The single judge bench of justice Sarang V Kotwal also granted the bail pleas of two former staffers of Sushant’s household, his house managers Samuel Miranda and Dipesh Sawant, both of whom were also arrested by the Narcotics Control Bureau (NCB) on similar charges. The court, however, refused to grant bail to Rhea’s brother Showik Chakraborty, and his alleged accomplice Abdel Basit Parihar. Parihar, a final year student of architecture, is accused of supplying narcotics to Sushant allegedly through Showik.

The High Court order has come as a great relief to Rhea, who was arrested by the NCB on September 8 for her alleged involvement in procuring marijuana for her Rajput, her former boyfriend, because only on Tuesday the special NDPS court, which earlier had rejected her bail pleas, had extended her judicial custody till October 20.

Rhea was granted bail on a personal bond of Rs 1 lakh and one or two sureties in the same amount. She has, however, been granted time to furnish sureties, paving the way for the immediate release of the 28-year-old actress.

The high court has directed Rhea to surrender her passport to the investigating officer and not to leave India. She is also restrained from leaving the jurisdiction of the special Narcotic Drugs and Psychotropic Substances Act (NDPS) court in Mumbai without submitting itinerary to the special court and was directed to report to the NCB office on the first Monday of every month for the next six months. After rejecting the NCB’s plea to stay the bail for seven days to allow it to “test” the high court’s order in the Supreme Court, the judge ordered Rhea to visit the nearest police station once everyday for the next ten days so that she was easily available for re-arrest in case the NCB succeeded in its challenge to the order.

Miranda, Sushant’s domestic help and Sawant, his cook, were granted bails on personal bonds of Rs. 50,000 each and one or two sureties in the same amount. They will have to be available for questioning whenever required and further conditions can be imposed for a limited period. They too were ordered to surrender their passports and not to leave the jurisdiction of the special NDPS court in Mumbai without prior permission.

“We are delighted by the order of the Bombay High Court granting bail to Rhea Chakraborty. Truth and Justice have prevailed and ultimately the submissions on facts and law have been accepted by Justice Kotwal,” advocate Satish Maneshinde, who represented Rhea and Showik, said.

“The arrest and custody of Rhea was totally unwarranted and beyond the reach of law. The hounding and witch hunt by three central agencies, the Central Bureau of Investigation (CBI), the Enforcement Directorate (ED) and NCB, of Rhea should come to an end” said Maneshinde. “We remain committed to Truth. Satya Meva Jayate.”

The NCB had started investigation into the drug angle to Rajput’s suicide after a trail of WhatsApp chats came to the fore during investigations into Sushant’s “mysterious death” revealing sale and purchase of drugs.

The siblings were booked under various stringent provisions like sections 8(c) read with 20(b)(ii) (produce, manufacture, possess, sell, purchase, transport, ware-house, use, consume, import, export or tranship cannabis other than ganja), 27A (financing illicit trafficking into drugs and harbouring offenders), 28 (attempt to commit offences under the Act) and 29 (abetment) of the Narcotic Drugs and Psychotropic Substances Act, 1985.

With the Sushant “murder theory” now virtually dumped and the CBI learnt to be moving in the direction of “abetment to suicide” investigation, and the forensic investigation by the ED not finding anything amiss in the bank accounts of the deceased actor, the High Court granting her bail will allow Rhea to breathe more freely after remaining under the cloud of suspicions since June 14 when the body of the deceased actor from Bihar was found hanging from the ceiling of his bedroom in suburban Bandra in Mumbai.

After hearing the bail pleas for nearly seven hours, Justice Kotwal had reserved his orders on the issue on September 29. Opposing Rhea and others’ bail pleas, the NCB had submitted that the accused were involved in crimes “worse than murder or culpable homicide” and that the case should be “a lesson” for others.

The NCB had also told the High Court that Rhea had bought drugs for and had “concealed Sushant’s drug habits and hence Section 27A of the NDPS Act providing punishment for financing drug trafficking and harbouring offenders” was applicable against them.

The NCB had called the siblings “active members of a drug syndicate connected with high society personalities and drug suppliers.” Advocate  Maneshinde, appearing for Rhea and Showik, had submitted that the investigations carried out by NCB were without jurisdiction, as the case was lodged in relation to the drug angle associated with Sushant’s death and the same could be investigated by the CBI as per a Supreme Court order.

Calling the NCB investigation a “witch hunt,” Rhea in her plea had pointed out that the NCB had found no evidence against her. Rhea also alleged that she and her brother were used by Sushant Singh Rajput to procure drugs for him and that he ‘took advantage of those closest to him to sustain his drug habit’ and that he was an only user and was in habit of using people around him for drugs.

The Central Bureau of Investigation (CBI) is separately probing a case against Rhea Chakraborty and others for allegedly abetting the actor’s suicide.

According to sources close to the CBI, the central agency has agreed with the report of the medical panel of the All India Institute of Medical Sciences, ruling out the “murder theory” in the actor’s death and that he committed suicide. And a forensic audit of Sushant’s bank accounts has not thrown up anything “suspicious” to suggest that his girlfriend Rhea could have pushed him to suicide for financial gain.

The CBI was now focusing on the gamut of reasons that could have led to the actor taking his own life including any role played by Rhea, professional rivalry and nepotism in Bollywood, effect of drug abuse, Sushant’s mental health then and other possible related issues, the sources said.