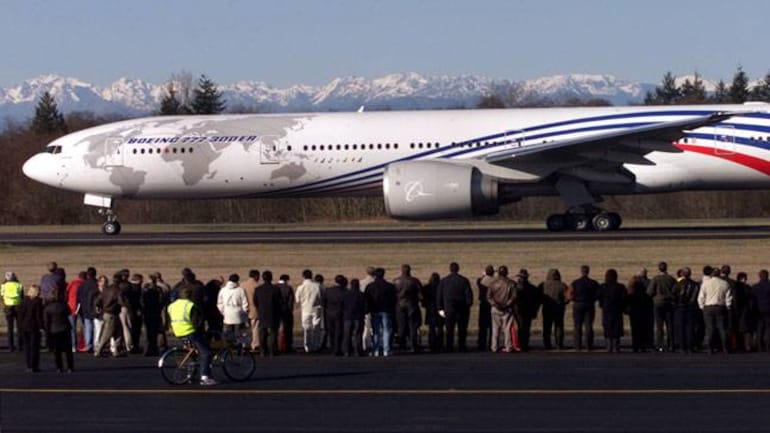 NEW DELHI, Oct 1: Specially modified Boeing-777 aircraft capable of countering missile threats with their own missile defence system that is set to match the US President’s Air Force One in terms of security measures, landed in Delhi from the United States on Thursday evening. Loaded with defence mechanism called the Large Aircraft Infrared Countermeasures (LAIRCM) and Self-Protection Suites (SPS) is meant to fly VVIPs, the president, the prime minister and the vice-president.

The government officials quoted by various news agencies said another custom-made B777 plane for the travel of VVIPs was expected to be received from Boeing soon. These two aircraft were part of Air India’s commercial fleet for a few months in 2018 before they were sent back to Boeing for retrofitting them for VVIP travel.

Officials said the total cost of purchase and retrofitting the two planes had been estimated to be around Rs 8,400 crore.

The modified aircraft will have ‘Bharat’ and India written on them, along with the Ashoka emblem. The new planes have been configured to provide generous office space, meeting rooms, a wide array of communication systems and a section for handling medical emergencies. The aircraft can fly between the US and India without having to stop for re-fuelling.

Air India One, which is the call sign of the aircraft, landed at the Delhi airport from Texas at around 3 pm on Thursday, they stated.

Senior officials of the national carrier had reached the US during the first half of August to receive the plane from Boeing, the officials said.

During the travel of the VVIPs, the two B777 aircraft will be operated by pilots of the Indian Air Force (IAF) and not of Air India, an official said.

The custom-made B777 planes will be used for travel of the dignitaries only.

The Centre has already initiated the process of divestment of its stake in Air India, which has a debt of over Rs 60,000 crore. However, the process has been postponed due to the COVID-19 pandemic.

Giving details of technical features available in the aircraft, the official sources said the aircraft has Advanced and secured communication system that allows availing audio and video communication functions mid-air without any worries of hacking or being taped.

“The rear seats are of the Economy class category while the rest of the seats are Business class. B777 aircraft can fly over 17 hours continuously,” informed the sources.